Screen Addiction is an impulsive-control problem that can be divided into various subtypes, each requiring counseling or inpatient treatment:

Based upon the DSM, Dr. Kimberly Young developed the Internet Addiction Diagnostic Questionnaire:

Answering “yes” to five or more questions is required to diagnose Screen addiction, although some research suggests meeting three of the criteria is enough to diagnose. According to studies at the Center for Internet Addiction:

Some other related Internet and Screen Addiction Statistics:

Dr. Young provides hourly private sessions, workshops and training for therapists, forensic assessments, and corporate consultation. She has developed Netaddiction.com as your educational resource for her research articles, books, blog, and tests, including the IAT. 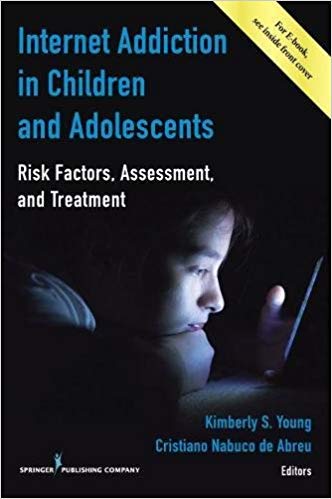